Voices of the Himalaya > Gurung

a Tibeto-Burman language of Nepal 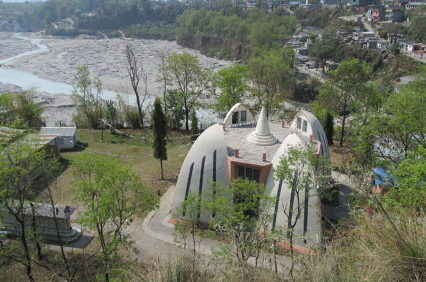 Tamu kyi, or ‘language of the Tamu,’ is a Tibeto-Burman minority language primarily spoken in central Nepal.  Although the people who speak this language call themselves the Tamu, they and their language are known more widely in Nepal and other communities as Gurung.

Historically the Gurungs have inhabited Nepal’s Pahad, or mountainous region below the snow-capped peaks of the Himalayas. There they raise livestock and crops in terraced villages that hug the steep slopes of river valleys.  Although many Gurungs still live in these traditional mountain villages, more and more people are relocating to urban areas like Kathmandu and Pokhara – or even moving abroad – in search of education and employment (Swenson 2015).  This population shift has benefitted the community by increasing access to things like technology, healthcare, and clean water; however, for some communities it has also resulted in the loss of traditional practices like honey hunting, and affected the transmission of the Gurung language to younger generations.

Linguists classify Gurung as a Tibeto-Burman language closely related to languages like Tamang, Thakali, Manange, Nar Phu, and Chantyal (Glover 1974, Mazaudon 2005, Noonan 2008).  Like Nepal’s other Tibeto-Burman languages, Gurung has been in close contact with the Indo-Aryan language Nepali for centuries (Noonan 2008). Today, most Gurung speakers are also fluent speakers of Nepali, Nepal’s official language, as it is taught in village schools and functions as a lingua franca between different ethnic groups living in Nepal’s urban areas.

Members of the Gurung community report that each Gurung village speaks its own variety of the Gurung language; however, the exact number of villages is currently unknown.  A map at the Eco Museum in Sikles labels close to 100 villages, each of which potentially speaks its own dialect. Early works on Gurung reported that the varieties spoken in these villages could be grouped into 14 distinct dialect groups that could then be categorized as belonging to two major varieties – East Gurung and West Gurung – which were largely not mutually intelligible (Glover and Landon 1975).  However, a recent sociolinguistic survey found that the East Gurung-West Gurung distinction, as well as cross-dialectical unintelligibility levels, are likely weaker than previously thought (Swenson 2015).

Mazaudon, M. (2005). On tone in Tamang and neighboring languages: synchrony and diachrony. In Proceedings of the symposium Cross-linguistic Studies of Tonal Phenomena.

Like many other minority languages of Nepal, Gurung today is threatened by the spread of Nepali as the increasingly widespread national language. Out-migration from the Gurung-speaking region to larger cities such as Pokhara and Kathmandu, and to overseas cities like Hong Kong and New York, is also playing a role in the weakening of intergenerational transmission, with younger generations now primarily speaking Nepali and English.

The most extensively-documented variety of Gurung is the dialect spoken in Ghachok.  During the 1960s and 1970s, Warren and Jesse Glover and their collaborators produced a dictionary (Glover, Glover & Gurung 1977), a grammatical sketch (Glover 1974), a phonemic summary (Glover 1969), a description of lexical tone (Glover & Glover 1972), and a conversation guide (Glover 1979) all based on Ghachok Gurung.  Other researchers have contributed documentation and analyses of other dialects’ lexical tone system, including Burton-Page (1955) on Ghandrung Gurung, Sprigg (1997) on Thak Gurung, and Mazaudon (1978, 1988, 2005) on Ghachok Gurung.  Kristine Hildebrandt has been heading an extensive documentation project of the variety of Gurung spoken in Nepal’s Manang District, available here: https://audio-video.shanti.virginia.edu/collection/western-gurung#

The ELA’s current project focuses on the dialect of Gurung spoken in Sikles village.  Sikles is located north of Pokhara in the Annapurna Conservation Area and is home to several thousand families.  Sikles Gurung was included in an early sociolinguistic survey by Glover & Landon (1975), but has not been extensively documented since then.  Like other varieties, Sikles Gurung generally follows SOV word order and has split-ergativity.  Morphologically it is primarily a suffixing language, and it has four lexical tones that interact with a register system.  Phonologically the Sikles variety differs from others due to its use of a post-stopped nasal allophone before oral vowels, and a lateral fricative in place of /kl/ clusters.

Mazaudon, M. (1988). The influence of tone and affrication on manner: Some irregular Manner correspondences in the Tamang group. 21stInternational Conference on Sino-Tibetan Languages and Linguistics.

Mazaudon, M. (2005). On tone in Tamang and neighboring languages: synchrony and diachrony. In Proceedings of the symposium Cross-linguistic Studies of Tonal Phenomena.

Sprigg, R. K. (1997).A tonal analysis of Gurung, with separate systems for register and contour pitch features. Bulletin of the School of Oriental and African Studies, 60(03), 448-454.

See the Glottolog entry for Gurung

In New York, a community of several hundred Gurungs live in and around the Jackson Heights neighborhood of Queens, where the Gurung (Tamu) Society is also based. Many members of this community, however, do not speak the Gurung language and now communicate in Nepali or English.

Since beginning the project in 2013, ELA researchers have been working with Narayan Gurung, who lives in New York and is the former president of the Gurung (Tamu) Society, to document the dialect of Gurung spoken in Sikles village. Over several years, a number of students and researchers have worked on the project: Peter Graif, Perry Wong, Chris Geissler, Robert Knight, Danielle Ronkos, Zach Wellstood, Lingzi Zhuang.  Current team members have made several trips to Sikles to work with speakers there, and are completing a sketch grammar based on spoken texts of a variety of genres. They have also produced a number of topical studies, including one on the interaction of tone and contrastive voicing (Ronkos 2015) and another on Gurung’s multifunctional transitivity-altering morphology, and are working to make a searchable Gurung lexicon available on Kratylos (Kaufman & Finkel 2018).  A number of recorded dialogues and interviews with speakers of different dialects have also been collected.