Founded in 2010, the Endangered Language Alliance (ELA) is a non-profit dedicated to documenting and supporting linguistic diversity and endangered languages in New York City and beyond. ELA’s unique network of researchers, activists, and students documents the speech, stories, and songs of immigrant, refugee, and diaspora communities, bringing it to a wider audience. ELA’s work has been recognized by The New York Times, the BBC, NPR, CNN, and The New Yorker. Learn more >

Since its release in December, ELA’s “Languages of New York” map has been featured in a range of publications, including Gothamist, Time Out, The Daily Sun (New York’s daily Japanese newspaper), with re-tweets by the New York City...READ MORE

On #GivingTuesday, Support Languages and Get a Map

On December 3, #GivingTuesday, Facebook may match any donations we get on their platform. Those donations go right into our work documenting and support endangered languages in New York and around the world — and doubling them really matters. Plea...READ MORE


Watch ELA recordings in a dozen languages from around the world!

Please complete the short form below 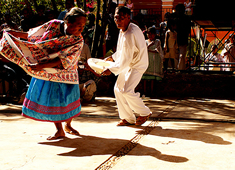