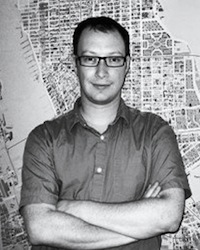 Daniel Kaufman received his PhD in linguistics from Cornell in 2010 and co-founded the Endangered Language Alliance (ELA) in the same year with the goal of bringing together linguists with immigrant and Indigenous communities in NYC who speak endangered languages. He has specialized in the languages of the Austronesian family for the last two and a half decades and joined Queens College in 2015 as Assistant Professor. Daniel also co-edits Oceanic Linguistics, a journal devoted to the study of the indigenous languages of the Oceanic region and Island Southeast Asia

Ross Perlin is a linguist, writer, and translator focused on exploring and

supporting linguistic diversity. He is currently Co-Director of the Endangered Language Alliance, where for the last 7 years he has overseen research projects focused on mapmaking, documentation, policy, and public programming for urban linguistic diversity. Himalayan languages are a focus – for his PhD in Linguistics at the University of Bern, Ross created a trilingual dictionary, a corpus of recordings, and a descriptive grammar of Trung, an endangered language of southwest China, based on three years of fieldwork. He has also written on language, culture, and politics for The New York Times, The Guardian, and Harper’s, and published a book on unpaid work and youth economics (Intern Nation). He is currently teaching at Columbia.

The Alliance for Linguistic Diversity is responsible for the Endangered Languages Project, a website that offers information on and recordings and other primary data in endangered languages, as well as ideas on how to help maintain these languages. ELA has contributed pieces from several of our projects to the site so that this material can reach a wider audience and inspire others to undertake similar work in their areas.

ELA is associated with the International Centre for Language Revitalization, whose vision is to develop research and expertise in endangered and indigenous language revitalisation with strong collaboration between researchers, academics and language communities. The ICLR is based at the Auckland University of Technology and is led by some of the leading figures in the Māori revitalization movement.

Led by linguist Anastasia Riehl, ELA Toronto (ELAT) was formed in 2012 and is a sister organization to ELA in New York, with a similar mission to document endangered languages, support community-led efforts and education initiatives, and celebrate the linguistic diversity of the city of Toronto. Toronto is the most linguistically diverse city in Canada — as in New York, over 40% of the population was born in another country. According to the 2011 census, approximately 45% of Toronto residents speak a mother tongue other than English or French.

ELAT’s work has been covered widely in the media, including by The Toronto Star and there are currently several documentation projects underway, including work on Agrigentino Sicilian, Sri Lanka Malay, Urhobo, Harari, Santonofrese, South Efate and Nakanamanga, Ge’ez, and several languages of Italy. They had the opportunity to work with Grizelda Kristin, thought to be the last fully fluent speaker of Livonian, who died near Toronto at the age of 103 in 2013. ELAT’s YouTube channel has fantastic video recordings of many of the langauges they work on. ELAT is always looking for information on less common languages spoken in the Toronto area. 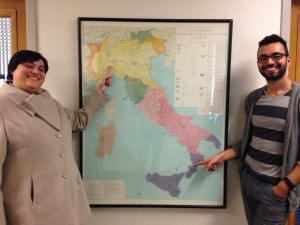 Below is a video introducing ELAT’s work and a video of Enas Adose, a Harari speaker who lives in Toronto, sharing her thoughts on the present and future of the language (subtitled in Harari and English).

Harari, a Semitic language of Eastern Ethiopia, has approximately 25,000 speakers of Harari total, according to a 2007 census, there may be as many as 7,000 just in the Toronto area, one of the largest communities in the world. As Enas explains, the language may still be spoken regularly in the community, particularly among first-generation immigrants, but there are concerns going forward.

Volunteers past and present have helped out on a wide range of ELA projects. ELA doesn’t have a formal volunteer program, but occasionally works with volunteers on projects of mutual interest.

This is just a partial list of some of the speakers ELA has worked with since 2010.