a group of Tibeto-Burman languages of eastern Nepal 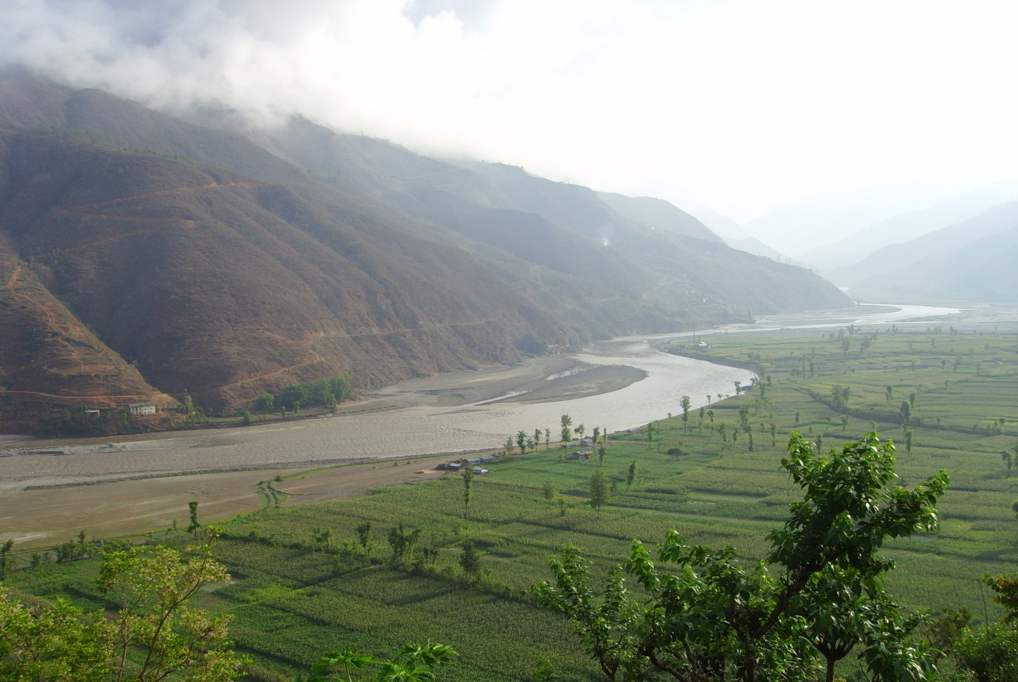 Kiranti, or Kirat, is a broad term usually used to describe the several dozen indigenous, interrelated Tibeto-Burman languages of eastern Nepal, spoken in the general area bordered by the Likhu river on the west side and Darjeeling and Sikkim on the eastern side. Kiranti is not necessarily considered a neat linguistic grouping descended from a common proto-language, nor does it have an agreed-upon place within Tibeto-Burman. Hasson (1991) suggests that the reason for these languages’ relation to one another stems from migrations of Tibeto-Burman groups, which may have affected one another linguistically through contact, to eastern Nepal. As nearly all speakers of Kiranti languages are fluent in Nepali, the influence of Nepali is increasingly prevalent in all Kiranti languages. Rai is sometimes described as a large subgroup within Kiranti, not including Limbu, Sunwar, and Yakkha groups who speak related languages.

The majority of Kiranti languages are both little-documented endangered, each usually with fewer than 10,000 speakers, increasing levels of out-migration, and the influence of Nepali. Bantawa is the language with the largest group of speakers and there were reported to be 371,056 people who consider themselves Bantawa as of 2001 (Doornenbal, 2009). and the language is still being passed down to the younger generation, though there is a good deal of pressure to speak the national language of Nepali. Some speakers of other Kiranti languages to the east of Bantawa speakers have started using Bantawa instead of their own languages, which may account for the large number of speakers of the language. Sunwar, spoken in the districts of Okhalḍūngā and Rāmechāp, is used by around 25,000 people. The Bayung (Bahing) population is nearly 3,000, but in contrast to Bantawa and Sunwar, the language is spoken by only about 900 adults (Rapacha 2008). Other languages in the family such as Hayu (Vayu) are virtually extinct, with merely a few older speakers remaining (Bradley 1997).

Since 1984, academic research on Kiranti languages has expanded from a single Thulung Grammar (Allen, 1975), to additional descriptions for Limbu, Hayu, Dumi, Athpare, Yamphu, Khaling, Bantawa, Camling, Sunwar, Bayung, and other languages, especially due to the efforts of the Himalayan Languages Project and the Linguistic Survey of Nepal. However, many Kiranti languages are still underdocumented, with many languages lacking a dictionary, a grammar, or multimedia documentation.
Works Cited:

Doornenbal, Marius. (2009) “A grammar of Bantawa: Grammar, paradigm tables, glossary and texts of a Rai language of Eastern Nepal.” Utrecht, The Netherlands.

Kiranti languages differ considerably among themselves, and word lists written for Kiranti languages tend to find only a small percentage of recognizable cognates between languages. Southeastern Kiranti languages contain many features which are not common to other languages within Kiranti or Tibeto-Burman, including the fact that they have a highly agglutinative morphology and prefer to finite-mark clauses for subordination.

Although vowel inventory varies between languages, they all contain the stops /p/, /t/, /k/ and and affricate /ts/. /s/ is the only fricative in Kiranti. The language of Bayung contains the implosives /v/ and /ɓ/.

All languages also distinguish between aspritated and non-aspirated stops as separate phonemes, and some languages use breathy voiced stops where the feature of breathiness can be either optional or mandatory. There are some languages in the north which utilize tone. Only western languages contain initial consonant clusters. Many languages contain unreleased, glottalized stops in syllable final position. Bayung distinguishes between affricated and alveolar consonants as well as dental and non-dental and Sunwar, which previously had phonemic nasalization in vowels is potentially in the process of shifting to free variation between nasal and non-nasal vowels.

Bantawa distinguishes between inclusive and exclusive first person pronouns and dual is signified along with singular or plural in all three persons. The language also does not mark third person for gender. In Sunwar, gender and human third-person is not marked on pronouns, setting it apart from other languages in the Kiranti family.

Noun phrases in Bantawa require qualifiers to express number and which qualifier is used depends on whether the nouns are inanimate, human or nouns representing objects of specific shapes.

In contrast with the majority of Tibeto-Burman languages, Kiranti languages are less analytical with more morphology on the verb. Bayung, for example, consists of monosyllabic verbal roots from which it derives many of its nouns and adjectives.

Bantawa is verb final, but the structure aside from the verb can vary. The language has a rich verb morphology with more than 100 different verb paradigms. Verbs can be inflected for agreement of singular, dual, and plural grammatical number, first, second, and third person, and non-first person singular inclusive and exclusive. Since Bantawa has a split ergativitiy pattern, it also shows agreement in transitive finite verbs for patient and agent (Doornenbal, 2009, p. 14)

Bantawa can also form complex verbal predicates which are created from two or more verbs that have been inflected in the same way. The result of this compounding adds semantic meaning such as aspect and direction.

Sunwar uses a sort of reduplication to extend a verb stem where the reduplicated portion has no independent meaning. For example, the verb la-ʃā ‘go-pfv’ can be reduplicated to be la-ʃā-liʃā meaning ‘having gone and so on’.

At the minimum, several hundred members of different Kiranti communities now live in the New York City area, including those coming from India (e.g. Darjeeling, Sikkim) and Bhutan (as “Nepali” refugees). Among the Rai, there are apprently at least a small number of speakers of Bantawa, Chamling, Khaling, Kulung, Nachhiring, and Sampang. There are apparently also Limbu, Sunwar, and Yakkha speakers in New York. ELA is exploring the possibility of working with this extraordinarily linguistically diverse community.