an Eastern Indo-Aryan language of India and Bangladesh 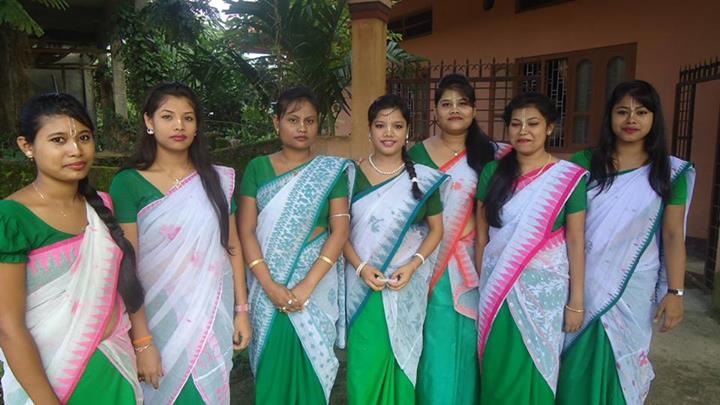 Bishnupriya Manipuri is a language spoken by over 100,000 people in the Indian states of Assam and Tripura and the neighboring Bangladeshi state of Sylhet. Bishnupriya Manipuri people have continually struggled for recognition of their rights and their culture in the face of larger groups.

Bishnupriya Manipuri is classified as an Eastern Indo-Aryan language, related to such major regional languages as Bengali and Assamese. The label “Manipuri” is due to the origins of the language in the Indian state of Manipur, from which speakers had to flee during political and ethnic upheavals of the 18th and 19th centuries. Notably, speakers of the language appear to have had prolonged contact with Meitei, a Tibeto-Burman language (sometimes called Manipuri), and so Bishnupriya, although clearly Indo-Aryan, has picked up Tibeto-Burman features as well. Two dialects have been identified, Madai Gang “Queen’s village” and Rajar Gang “King’s village”, the first of which shows more influence from Tibeto-Burman Meithei, though they are apparently mutually intelligible to a significant degree. Madai Gang is more akin to Assamese and Meitei, whereas Rajar Gang is more akin to Bengali.

It was thought by many that Bishnupriya Manipuri would not withstand these pressures. Today, however, Bishnupriya Manipuri is recognized by the Indian state governments of Assam and Tripura, and the language is used in primary education in these two states. Local and national television stations have featured Bishnupriya, as have radio stations, print media, and other formats. There is also significant activity with new media and new technologies, with language activists using Wikipedia, Facebook, and other platforms. The language has a significant and ongoing written tradition, employing the Bengali alphabet. Nonetheless, the emigration of Bishnupriya people and the adoption of major languages such as Bengali, Assamese, Hindi, and English may have long-term repercussions for the language.

With its substantial written tradition, Bishnupriya has been investigated and described by both community members and outside linguists, although certain features of the language remain little-documented and poorly understood. Among the early pioneers were Sri Sri Bhubaneshwar Sadhu Thakur and Gokulananda Gitiswami, and more recently men such as Justice SK Sinha of Bangladesh and author Brojendra Kumar Sinha. The words of Kali Prasad Sinha are among the cornerstones of the modern study of the language and more recently the work of Ranjit Singha, a researcher in Bangladesh.

A small community of Bishnupriya Manipuri people lives within the larger Indian and Bangladeshi immigrant community of New York, particularly in Jackson Heights, Queens. ELA has made recordings of the Bishnupriya language and worked with Uttam Singha, a language activist and founding member of Pouri International, a Bishnupriya organization. Singha has presented in conjunction with ELA on his work developing Bishnupriya online and offline–through a dictionary, a web portal, a blog, and other projects.

The following is a collection of words and phrases in Bishnupriya Manipuri made by Daniel Kaufman in collaboration with Uttam Singha: