a Romance language of the Sephardic Jews, originally of Spain and later of the Ottoman Empire, Morocco, and beyond 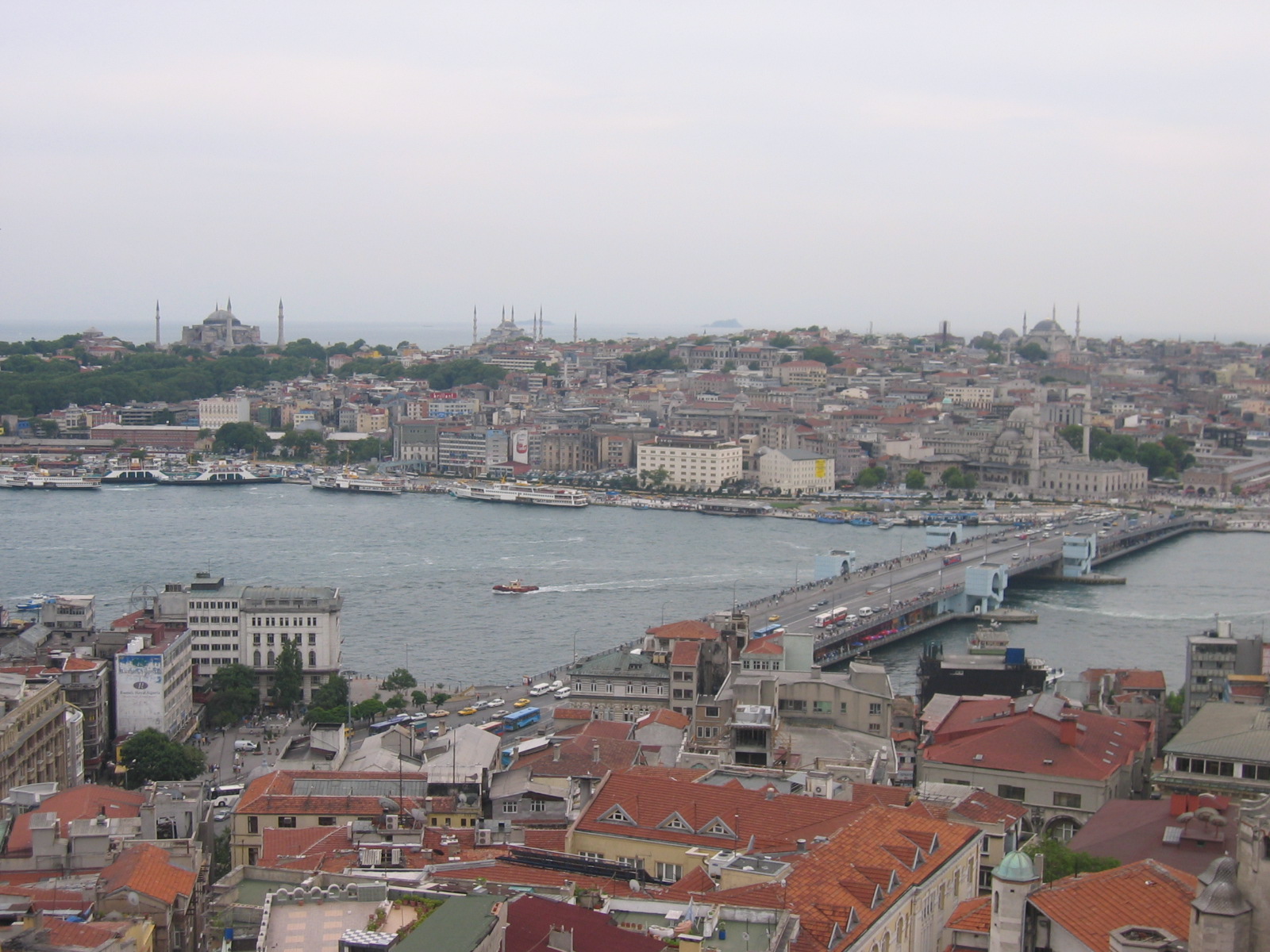 Varieties of what became Judeo-Spanish (now widely known as Ladino) were once spoken by Sephardim, the Jews of Spain — approximately 100,000-175,000 of whom were expelled from Spain in 1492. While those later known as “Western Sephardim” primarily went to Portugal (where they were expelled again soon after) and from there to England, France, Holland, and other Western European nations, and others went to Morocco, as many as 125,000 “Eastern Sephardim” went to Ottoman Empire at the invitation of Sultan Bayezid II. It was among those in Morocco and the Ottoman Empire that a distinct variety of Spanish was maintained and developed. Besides Ladino and Judeo-Spanish, many names — as many as 81! — have been used by speakers to refer to their language, including Judezmo, (Muestro) Spanyol, Djudyo, Jargon, and in Morocco, Haketia.

Derived from Old Spanish as it was spoken in Spain before the 1492 expulsion, Ladino is classified by linguists as a Romance language (ultimately belonging to the Indo-European language family). Often mutually intelligible with Spanish, Ladino nonetheless differs in a number of respects, particularly phonetics, where, for example, Ladino has the sounds /ʃ/ (pronounced “sh”), /ʒ/ (like the s in English “pleasure”), and /dʒ/ (like j in English “jar”).

Traditionally, “Ladino” (לאדינו) referred to Spanish originally written in Hebrew letters (aljamiado texts), usually in the Rashi sript, and later in the unique Solitreo cursive script. Today the language is most typically written in a phonetic Latin-based script which differs from Spanish orthography (e.g. komo instead of como, ke instead of que) — the Aki Yersuhalayim system, used by the famous Israeli Ladino journal of that name, is one important standard.

Some older lexical items and other features, lost in modern Spanish, are preserved in Ladino; at the same time, Ladino evolved considerably over nearly five centuries outside Spain, with speakers in the Ottoman Empire and North Africa borrowing and transforming words from Arabic, Turkish, Greek, and ultimately French, Italian and other languages depending on location. As with other Jewish languages, some Hebrew and Aramaic vocabulary, particularly connected to the religious domain, can also be considered an important part of the language (Bunis 1993).

Most Ladino speakers are over 60 years of age, if not older. Harris 1994 estimated 60,000 Ladino speakers in the world, but the number today may be considerably smaller. A signficant majority of the global Ladino-speaking population was killed in the Holocaust, including the near-complete destruction of the Jewish communities in major centers for the language such as Salonika. Many Ladino speakers who survived — especially in Bulgaria, Turkey, and Morocco — were subsequently uprooted, moving and building a new life in Israel and shifting to Hebrew and other languages.

Today the largest number of speakers is thought to be in Israel, though the most active and concentrated group of users may be among the elderly members of the Jewish community of Istanbul, where Ladino remained the language of everyday life until its recent displacement by Turkish. In the United States and in Latin America, for the first time in several centuries, many Ladino speakers came into contact with Spanish speakers, resulting in an increasingly Spanish-influenced Ladino, with less and less Greek, Turkish, Moroccan, or other influences.

There is an extensive academic literature on Ladino not only in English but in Hebrew, Spanish, French, and to some extent other languages. In addition, there is a significant amount of religious, literary, and other material — these days sometimes challenging to access — in the language. Below are just a few key resources for those becoming familiar with the language. There are also a number of websites and textbooks one can consult. The Sephardic Studies Digital Library Collection at the University of Washington, led by Devin Naar, is one vital resource for finding Ladino-language materials.
Academic Literature

Bunis, D. M. 1999. לשון ג’ודזמו [Judezmo: An Introduction to the Language of the Sephardic Jews of the Ottoman Empire]. Jerusalem: Magnes Press.

Harris, Tracy. 1994. Death of a Language: The History of Judeo-Spanish. Newark, DE: University of Delaware Press.

By the early 20th century, with the arrival of tens of thousands of speakers from cities such as Salonica, Istanbul, and Izmir, New York had become one of the language’s global centers. Other Ladino-speaking communities developed elsewhere in the US, including Seattle and Los Angeles, though younger generations switched to English.

Endangered everywhere today, Ladino nonetheless has a substantial legacy and a vital presence in New York. It was the language of neighborhoods from Lower East Side to the Bronx to the New Lots area of Brooklyn, playing a significant role in daily life and at times in the numerous Sephardic synagogues in those areas. The city has also been home to large-scale Ladino-language journalism (most famously, La Vara), a theater troupe (The Ladino Players), and Ladino classes. Today, annual events like the Celebration of Judeo-Spanish in New York and the International Ladino Day are bringing together speakers, students, and a growing number of Sephardim and non-Sephardim interested in the language.

In 12 episodes/interviews totaling around 4 hours, ELA’s Ladino New York project, part of ELA’s larger Jewish Languages Project, tells the stories of those speak the language or remember the language and its major role in the history and future of Jewish New York.

Access to all the episodes is here on YouTube (and also embedded directly above):
Episode 1: Stella Levi (Rhodes – Manhattan)
Stella Levi, a native Ladino speaker from Rhodes now in her 90s, describes her extraordinary life, beginning with a sunny childhood in Rhodes during its Italian period and the destruction of the island’s ancient Sephardic community during the Holocaust. Levi survived Auschwitz and later moved to Italy and California before finding a home and a place of honor in the cosmopolitan mix of Manhattan.
Episode 2: Benni Aguado (Çanakkale – The Bronx)
Benni Aguado, a native Ladino speaker born and raised in the Bronx, tells the story of his life at his home in the Bronx, including a rare Ladino-speaking American childhood, his work as a Spanish interpreter, his interest in solitreo handwriting, and his participation in the flourishing Ladinokomunita online community.
Episode 3: Gloria Ascher (Izmir – The Bronx)
Gloria Ascher, who was raised by Ladino-speaking parents in the Bronx, talks during a visit to New York about her abiding affection for her native borough and its Ladino-speaking history, her subsequent career, and her pioneering work creating the first substantially enrolled, long lasting college-level courses in Ladino in the United States, at Tufts University. She also shares an original song.
Episode 4: Daisy Braverman (Izmir – Istanbul – Manhattan)
Daisy Braverman, a native Ladino speaker whose chilhood was spent between Izmir and Istanbul, two of the last Ladino-speaking communities anywhere, tells the story of her life at her home on the Upper West Side of Manhattan. Moving to the United States for higher education — she holds a PhD and has research interests in linguistics, Turkish, and Ladino — she became involved with the Sephardic community in New York and spurred a Ladino-language theater revival. She also shares memories of the Sephardic cooking and culture she knew growing up.
Episode 5: Alicia Raz (Tetuan – Manhattan)
Alicia Sisso Raz — from a Haketia-speaking family originally from Tetouan, Morocco which moved to Israel — speaks in Haketia about her life, her community, and her language, a Jewish variety of Spanish that is the Moroccan cousin to Ladino.
Episode 6: Jake Kohenak (Çanakkale – New York)
Jake Kohanek, who grew up largely in Turkish and then English, describes the experience of moving as a boy from Turkey to the United States and the experience of linguistic and cultural assimilation, in a recording made at the Center for Jewish History during a visit by members of Ladinokomunita.
Episode 7: Rabbi Marc Angel (Rhodes – Seattle – Manhattan)
Rabbi Marc Angel, a leader of the Sephardic community, speaks in English about growing up hearing Ladino in the active and tight-knit community of Jews from Rhodes in Seattle. He sings the Ha Lachma Anya (“This is the bread of affliction”) in Ladino at 3:13. Rabbi Angel goes on describes his move to New York and the Sephardic intellectual ferment he discovered in the city and his eventual leadership role at the historic Congregation Shearith Israel on the Upper West Side. He closes by sharing his thoughts on the embattled future faced by Ladino and by Sephardic culture more generally, with hopes that the joy and tolerance within them will continue on.
Episode 8: Marilyn Mayo (Castoria – Monastir – Brooklyn)
Marilyn Mayo describes in English the flourishing and tight-knit Ladino-speaking world of East New York/New Lots in Brooklyn, which formed in the mid-20th century and has now largely vanished from the area.
Episode 9: Luna Cataveras (Istanbul – Edirne – New York)
Luna Cataveras has seen nearly a century of Sephardic history in New York City. Here she describes in a mix of English, Spanish, and Ladino some episodes from an extraordinary life as an actor and her efforts to return to the Ladino she heard some of as a child.
Episode 10: Jane Mushabac (Çanakkale – New York)
Jane Mushabac is a writer, teacher, translator, and activist who has been working to recover the Ladino formerly spoken in her family. Here, in a mix of English, Spanish, and Ladino, she describes and demonstrates her efforts and discusses a distinctive childhood in Manhattan and how she came to engage with the culture as an adult.
Episode 11: Steve Amateau (Rhodes – Izmir – The Bronx)
Steve Amateau, whose family has owned the famous Original Products botanica for decades, describes in English how a Ladino-speaking family came to own a business with a largely Spanish-speaking clientele, including religious practitioners from a variety of especially Afro-Caribbean spiritual traditions.
Episode 12: Israel Mizrahi (Bulgaria – Greece – Jerusalem – Morocco – Syria – Brooklyn)
Bibliophile Israel Mizrahi, speaking at his massive Mizrahi Bookstore in Brooklyn, discusses in English his own complex Sephardic background, his contact with the large Sephardic community in Brooklyn, and the history of Ladino publishing (showing examples from his collection).