a Southeastern Iranian language of Tajikistan, Pakistan, Afghanistan, and China 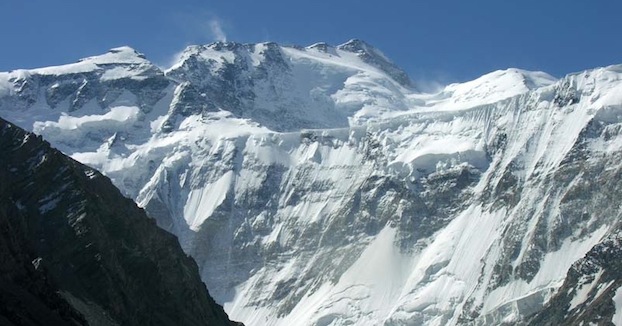 With approximately 40,000 speakers worldwide, Wakhi is a language of the Pamir mountains, spoken by small populations similar in size–all under 10,000–in adjacent, remote regions of Tajikistan, Pakistan, Afghanistan, and China. The Wakhi area in Afghanistan is primarily in the Wakhan Corridor; in Pakistan, it is the northernmost part of the Gilgit-Baltistan region; in China, it is the southwest corner of Xinjiang Province; in Tajikistan, it is part of Gorno-Badakhshan.

Wakhi is usually classified as a Pamir language within the Southeastern Iranian branch of the Indo-European language family, closely connected to the Yidgha, Munji, Sanglechi-Ishkashimi, and Shughni languages spoken in neighboring areas, but its relationship to the Pamiri group has been questioned by more recent work. At least seven Wakhi dialects, with a relatively high degree of mutual intelligibility, have been reported in the linguistic literature: Gojal (Pakistan), Ishkoman, Yasin, Yarkhun, Central Wakhi, Western Wakhi, and Eastern Wakhi. There is also a high degree of variation even within some of these dialects — within the Gojali dialect, for instance, there is variation by village and region.

Although Wakhi remains a vital language, still learned by community members of all ages, use of the language may be declining in areas where the Wakhi are a minority. In Tajikistan, Tajik is the respected national language, Russian is a secondary lingua franca and a language of higher education, and Shughni plays a role as a lingua franca in the region of Gorno-Badakhshan. Outside migration into the Pamirs and the disruptive effects of Tajikistan’s civil war represent threats to the language. In Pakistan, Wakhi speakers now typically also speak Urdu and English and may have contact with speakers of Burushaski and Shina.

Traditionally the language has not been written, with Persian serving as a “high culture” written standard in the region. In recent years, activists and researchers working to preserve and write the language have developed Wakhi orthographies using Arabic, Cyrillic, and Roman letters. The diversity of writing systems reflects the four different countries where Wakhi speakers live, with the Cyrillic system used only in Tajikistan, for instance. ELA is working with an orthography based on Roman letters, similar to the Wakhi writing already increasingly appearing online and in social media, with the goal of making materials accessible in all four countries and beyond.

Publishing texts, a lexicon, and a sketch grammar in 1876, R. Shaw was the first outsider to study Wakhi in detail, followed by a large number of Russian scholars such as Sokolova, Pakhalina, and Steblin-Kaminski and Norwegian linguist Georg Morgenstierne. In the mid-20th century, the publications of David Lockhart Robertson Lorimer were an important landmark, though an important manuscript of his has never been properly published and made available to the community–something ELA plans to do. Compared to larger languages, there are few contemporary multimedia recordings in Wakhi, and little of this academic work has been made available and accessible to Wakhi speakers.

See the Glottolog entry on Wakhi

Over the past six years, ELA’s work has not only made important old and new material on the Wakhi language widely available, but has also revealed the deep diversity with this single ethnolinguistic group.

In 2011-12, ELA Executive Director Daniel Kaufman led a field methods class at Columbia University, investigating two Wakhi dialects with speakers now living in New York: Nazir Abbas, who speaks the Wakhi dialect of Gulmit, Pakistan, and Husniya Khujamyorova, a speaker of the Pamiri dialect from Murghab, Tajikistan. The field methods class resulted in important recordings, student papers, and grammatical analyses. CUNY graduate student Daniel Barry led the initial effort to create an online database for Wakhi, keyed to ELA’s Kratylos system, to include both ELA’s work and to digitize rare texts by Russian linguists, published decades ago, so that they would be available to a wider audience.

In the summer of 2016, Husniya Khujamyorova traveled throughout Tajikistan to record older native speakers telling traditional stories, folk tales, oral histories, and songs (ruboi, bilbilik, and lalajik), especially in Wakhi but also in Shughni and Bartangi. The resulting films, edited with original photography and made available through social media, have now been seen tens of thousands of times, especially by Pamiri people all over the world. At the same time, Husniya is continuing to digitize and analyze old and new texts in Wakhi, with the aim of building an increasingly rich and varied corpus, and to record speakers of different Wakhi and Pamiri varieties in New York about their efforts to preserve language and culture thousands of miles from home. While the focus has been on Wakhi varieties in Tajikistan and Pakistan, because of the presence of speakers in New York (a few from Tajikistan and five or six families from Pakistan), the hope is to investigate varieties from China and Afghanistan as a part of future fieldwork.