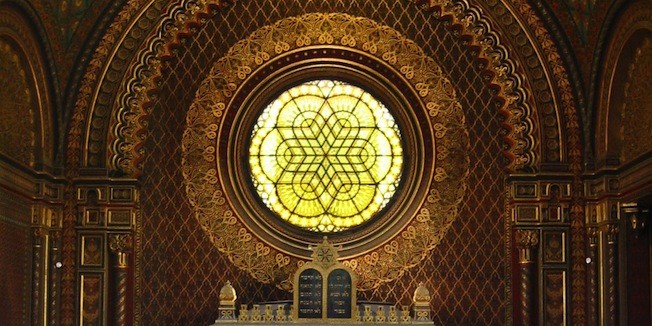 Globally, the population of Bukharian (or Central Asian) Jews may be as high as 200,000, with the largest populations now concentrated in Israel and the U.S. Many of them, especially in the older generation, have at least some knowledge of Bukhori, also known as Bukharian and Judeo-Tajik. Historically centered in what is now Uzbekistan and Tajikistan, in particular the Silk Road cities of Bukhara and Samarkand and the modern capitals of Tashkent and Dushanbe, the community’s roots as a distinctive Jewish community go back centuries and perhaps millennia. Dialect differences exist, though they have not yet been systematically studied. Russification policies under the Soviet Union impacted the development of the language, especially as Bukharians moved to urban environments such as Tashkent and Dushanbe. Although the Bukharian community has long had an international dimension, with pre-20th century ties to Jerusalem, the fall of the USSR led to mass emigration, and fewer than 10,000 Bukharians are thought to remain in Central Asia today.

Bukhori is classified by linguists as a Southwestern Iranian language, closely related to Tajik and, at more distance, to modern Persian, all stemming from Classical Persian. Terms of religious and cultural significance often derive from Hebrew or Aramaic, and the language also reflects extensive contact with speakers of Turkic languages, particularly Uzbek. Little detailed linguistic research has been carried out, almost none in recent years or in English.

Bukhori remains vital, the everyday language of a global diaspora used in many different contexts, but its long-term future is in doubt, as fewer young people speak the language. After a brief period of initial support in the 1920s, during which some instruction and publishing in Bukhori took place, Soviet authorities made Russian the language of education, culture, and authority. Today, Russian continues to be an important lingua franca for many immigrant communities from the former Soviet Union, Jewish and non-Jewish, including Bukhori. Younger Bukharians are increasingly learning English and Hebrew, the languages of their newly adopted homelands. Traditionally written with Hebrew letters, notably by Rabbi Shimon Hakham in Jerusalem, Bukhori has also been adapted for the Cyrillic and Roman alphabets, with hundreds of books having been published on a wide array of subjects.

Although there is a more substantial literature on Bukharian history and culture, the language has been little-researched. Some of the most important studies are in Russian, dating to the Soviet period, including I. Zarubin’s “Ocherk razgovomogo iazyka samarkandskikh evreev (Opytkharakteristiki. Materialy).” Iran, [vol.] 2 (Leningrad: Izdatel’stvo AN SSSR, 1928), pp. 95-181. Several other key Soviet-era sources are noted by Michael Zand in his “Bukharian Jewish Culture of the Soviet Period”. Linguist Chana Tolmas, a researcher in Israel, recently published an article on “Hebrew-Aramaic Elements in Judeo-Tajik”. Several dictionaries and textbooks have been published over the last century, beginning with the Dictionary of Six Languages, published by Shlomo Baba Jon Pinkhasov, and most recently including Yosef Gulkarov’s Dictionary of Four Languages, published in Israel in 1998 and a textbook for language learners, Easy Bukharian, published by Imonuel Rybakov in New York in 2012.

The Bukharian community in Queens, centered on the neighborhoods of Forest Hills and Rego Park, is one of the largest and most active in the world, with an estimated 40-50,000 people. Much of the community still uses Bukhori on a daily basis, whether for business, certain religious activities, or family life, with Russian and English also in use. New York has working Bukhori-language poets and prose writers, as well as musicians, actors, and even comedians who create in the language. Organizations like the Bukharian Museum, The Association of Bukharian Jewish Youth “Achdut”, and Club “Roshnoyi–Light”, among others, are actively involved in cultural preservation efforts that include the language. Queens College recently launched the first course on Bukharian History and Culture ever taught at an American university.

ELA’s Jewish Languages Initiative is working with members of the Bukharian community to record Bukhori stories, conversations, life histories, and religious discourses, among other linguistic genres, in collaboration with an array of native speakers in the New York City community. Never before has there been a sustained effort to make high-quality video recordings of Bukhori, complete with transcription, translation, and other relevant information. Among the videos currently in the archive are Rabbi Boruch Babayev explaining a weekly Torah portion; Aron Aronov describing exhibits in the Bukharian Museum, of which he is the founder and director; and Albert Yakobov, a folklorist and writer, discussing Bukharian folklore. Translations, analyses, and further recordings are in progress.