Voices of the Himalaya > Loke

a Tibetic language of Nepal 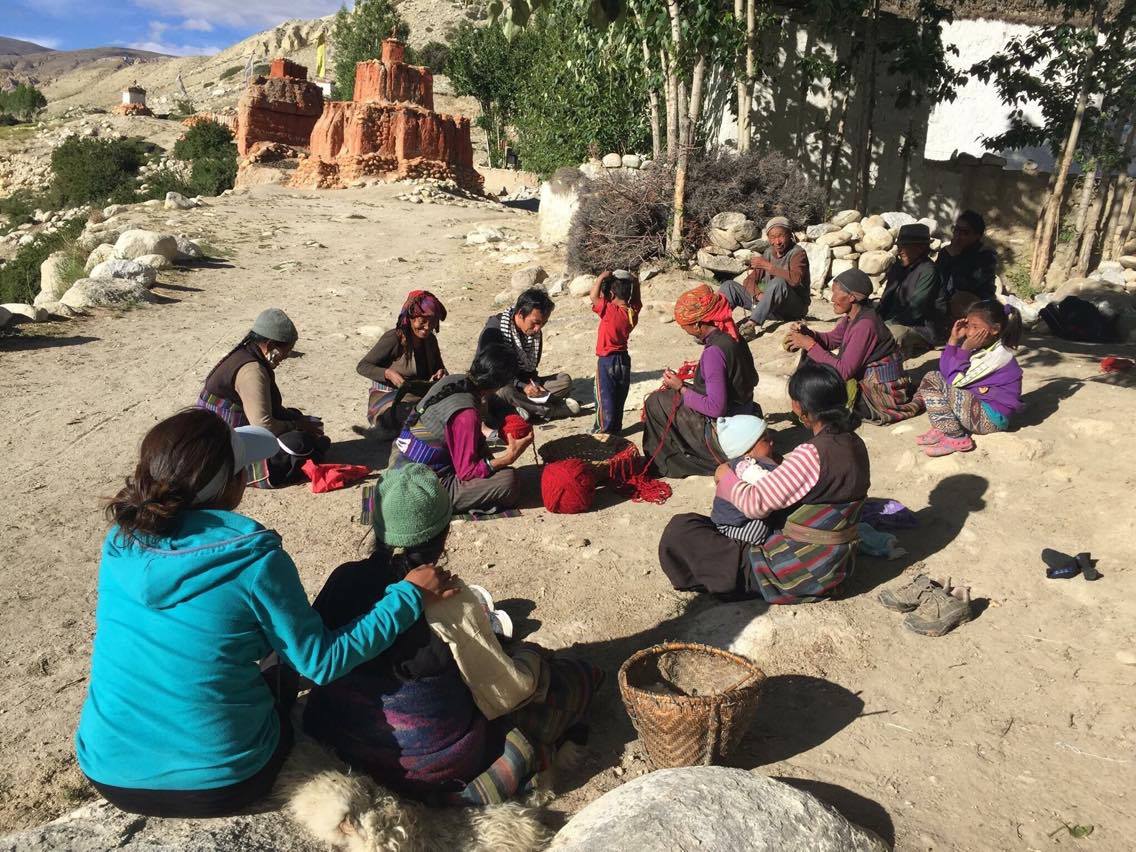 Loke (also known as Lowa, Logé, Glo Skad, or Mustangi) is one of the 140+ indigenous languages of Nepal, spoken in Upper Mustang, Nepal by an estimated population of fewer than 9,000 speakers worldwide (7,500 according to Ethnologue). It is distinct from, but has high mutual intelligibility with, the Baragaon variety spoken in Lower Mustang. Even today in Upper Mustang, many older people speak little Nepali, only Loke and Tibetan. Baragaon speakers are shifting more readily to Nepali, while Loke speakers may be drawn to Tibetan. Many younger people, increasingly migratory between Mustang, Nepal’s major cities, and diaspora centers in the United States, France, and elsewhere are overwhelmingly multilingual and can generally speak Loke, Nepali, Tibetan, English, and other languages.

Loke is a South-Western Tibetic language, one of dozens of distinct varieties sometimes subsumed under the broad label of “Tibetan”, and part of the broader Tibeto-Burman language family.

Though the total official population of Loke-speaking villages is likely over 9,000, the number of actual speakers today is likely to be considerably lower. Some young people are now educated outside of the Mustang district, resulting in decreased fluency in Loke — also the case for those living outside the region. Education is conducted in Nepali (government schools) and some youths whose L1 is Loke have high dropout rates because they have difficulty learning in Nepali. Those in monastic schools may learn in Tibetan, and English-language boarding schools are also popular. The Constitution of 1990 allowed for the creation of indigenous language primary schools, but without clear funding mechanisms.

The most extensive and thorough study of Loke was undertaken by German linguist Monika Kretschmar, who compiled a grammar, a dictionary, and a substantial set of texts, with transcription in a modified Roman alphabet and with German translation. High-quality multimedia recordings of the language are rare, however, as is documentation of the language as spoken in the large and growing diaspora, particularly in New York. Composer Andrea Clearfield has documented some of the vocal traditions of Mustang, such as the court songs of Lo Manthang.

Kitamura, Hajime, ed. Glo Skad: A Material of a Tibetan Dialect in the Nepal Himalayas. Vol. 3. Institute for the Study of Languages and Cultures of Asia and Africa, 1977.

Nagano, Yasuhiko. 1988. Preliminary notes on Glo-Skad (Mustang Tibetan). In Graham Thurgood and James A. Matisoff and David Bradley (eds.), Linguistics of the Sino-Tibetan Area: The state of the art papers presented to Paul K. Benedict for his 71st birthday, 451-462. Canberra: Research School of Pacific and Asian Studies, Australian National University.

See the Glottolog entry on Lowa

A significant and growing Mustangi diaspora community now exists in New York City, especially in the Elmhurst and Jackson Heights neighborhoods of Queens, where the community is working simultaneously to maintain its traditions and adapt to American life. Our collaborator Nawang Gurung estimates that there may be 1,000 people from Upper Mustang in the New York area and a similar number from Lower Mustang (primarily speaking Baragaon). Of two community organizations, one represents the whole district (Mustang Kyidug) and the other represents Upper Mustang (Lo Nyanship Association) — and there is a WeChat group for Upper Mustang with over 200 members. Both groups are currently trying to establish community halls in Queens. Two large apartment buildings in Brooklyn can even be considered “Mustangi vertical villages”.

Four varieties traditionally spoken in the Kingdom of Mustang (Loke, Baragaon, Seke, and Thakali) are all now represented in the community in New York, along with many of the different varieties of each spoken in different villages. Young people under 30, especially in the diaspora, are often switching to Standard Tibetan, Nepali, and English, or else are speaking a mixed variety incorporating material from all these different languages.

Immigration to America, and specifically the principal hub of New York, is bringing significant changes to the community. Most people in Mustang were farmers and animal herders (yaks, goats, sheep, dzo, and cows) for half the year and in the winter would go south, particularly the men, to engage in the “sweater trade”, buying and selling clothing. Today, most Mustangi in the diaspora are working waged jobs in New York’s service sector — women as nannies, housekeepers, and nail technicians, and the men working in construction, as cab drivers, or at restaurants and hotels. The youngest members of the community are studying in New York’s public schools and at least 50 (from Upper Mustang) are now attending a Sunday school run by the community which teaches both Tibetan and Mustangi language and culture.

Monthly “Mani gatherings”, usually held in a private apartment, also bind the New York community together for prayer and time together. New Year’s (Losar) and Phaknyi holiday celebrations are annual occasions where most of the community, several hundred strong, can gather together in a single place.

Led by project coordinator Nawang Tsering Gurung, originally from the village of Ghilling in Upper Mustang and now living in New York, ELA has starting documenting oral histories in the language as part of Voices of the Himalayas: Language, Culture, and Belonging in Immigrant New York, a project exploring the lives of Himalyan New Yorkers who are experiencing migration and social change. A collaboration between community members and scholars of the Himalayan region, the project aims to document the languages, cultures, social histories, folklore, and community life of indigenous Himalayan peoples. All recordings will be a public digital resource archived at ELA and widely available elsewhere.