The linguistic diversity of the islands and rimlands of the Caribbean often goes unnoticed, given that so few of the region’s indigenous cultures survived the impact of European colonization. What took root instead was a wide array of over 70 trade languages, sign languages, ritual languages, pidgins, and creoles based on the colonial languages (principally Spanish, English, French, Dutch) but also influenced by African and indigenous languages. For centuries, the Caribbean has been one of the world’s great linguistic laboratories, as discussed at the Caribbean Indigenous and Endangered Languages website, based in Jamaica.

A few of these languages, such as Haitian Creole and Papiamento (spoken in Aruba, Bonaire, and Curacao), are spoken by large numbers of people and enjoy semi-official status, but many more of the Caribbean’s creole languages are overlooked and disparaged in favor of the “standard” languages (French in the case of Haitian Creole, English in the case of Jamaican Patois etc). Taking the nation of Trinidad and Tobago as an example, there exist a local sign language, a French-based creole (often called patois), and a Hindi-based creole called Trinidadian Bhojpuri, among other language varieties showing African, Asian, and Amerindian influences. With its major Caribbean population, New York is an ideal base for further research not only on the largest languages but also on the many creoles, particular to individual islands, which are now in danger of disappearing.

The Caribbean Languages Project incorporates ELA’s work on the region’s languages, with a strong initial focus on Garifuna, a unique Afro-Indigenous language spoken by the descendants of West African slaves initially shipwrecked off the island of St. Vincent and later resident in Honduras and Belize. ELA has also been working closely on a range of projects with New York’s significant Garifuna-speaking population, including documentation, recordings, and a project to revitalize the language among the younger generation.

Whether you are a speaker yourself, a partial speaker, or know someone who might be, we are always looking for more resources on lesser-known Caribbean languages. Please get in touch! 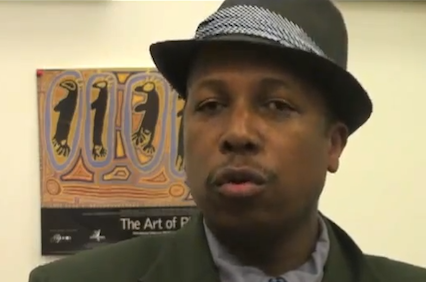