A New Language Map of Queens!

We’re thrilled to share “Mother Tongues and Queens” — a language map of the world’s languages capital! 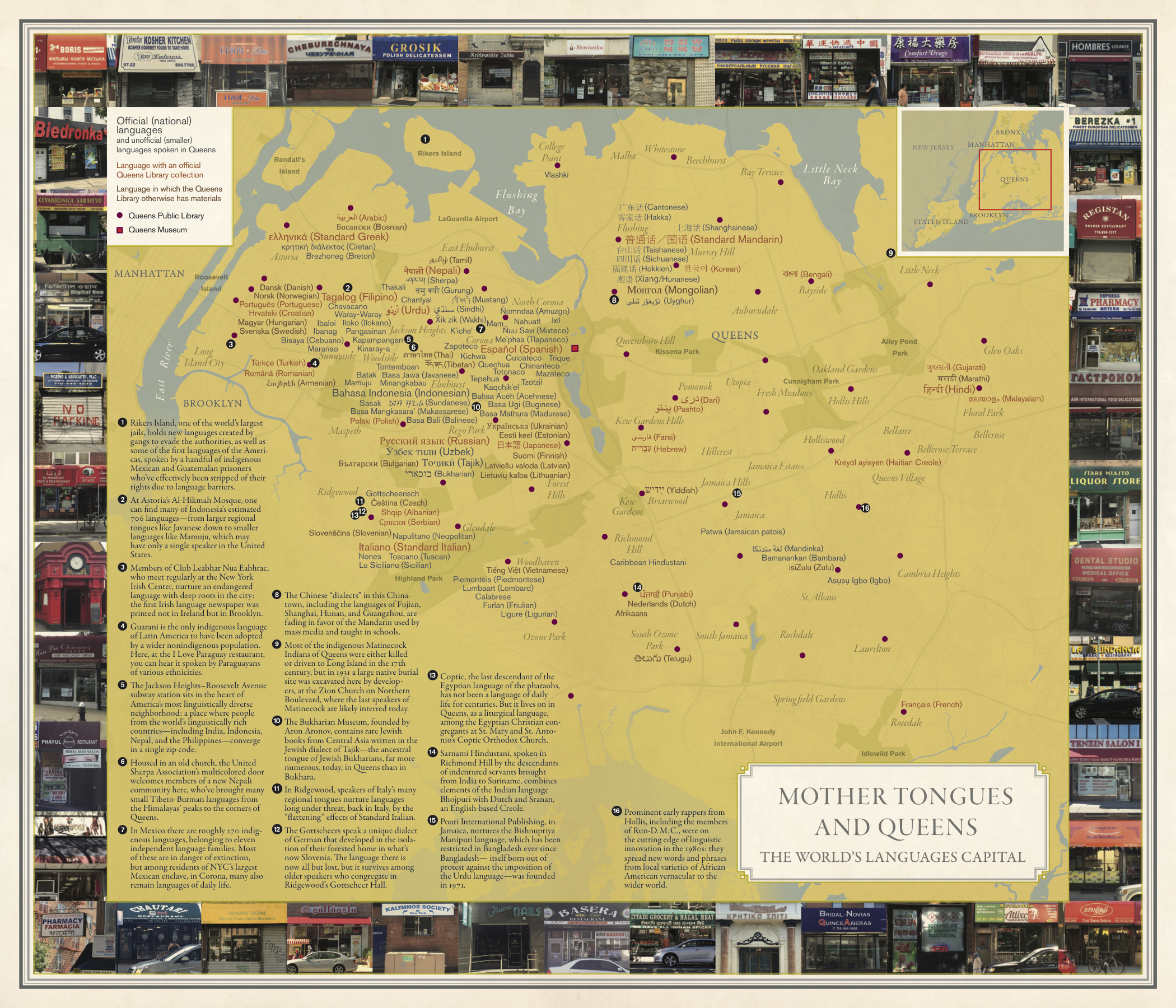 The map shows NYC’s linguistic diversity in more detail than ever before, reflecting ELA’s work over the last 6 years.

The map is featured in the fabulous, just-released “Nonstop Metropolis: A New York City Atlas” edited by Rebecca Solnit and Joshua Jelly-Schapiro, and was part of an exhibit at the Queens Museum. Thanks to Molly Roy for the cartography and Mirissa Neff for the photographs!

We’re currently planning maps of the other boroughs — get in touch if you want to help out!

5 thoughts on “A New Language Map of Queens!”

It’s live: LANGUAGEMAP.NYC.  It’s been a decade since we first began documenting the languages of NYC, the most linguistically diverse city in the world. Today we can finally share much more of what we’ve learned from thousands of conversations with speakers, community …

It was supposed to be our 10th anniversary, but this wasn’t a year for celebration. It was a year of doing what we could to continue our work, despite limitations. For many of the communities we work with, it was …

In honor of Indigenous Peoples’ Day, a piece of Nahuatl graffiti spotted by ELA board member Juliette Blevins in South Mountain Reserve, New Jersey: “I love you.”

ELA’s work is all about what happens when communities, linguists, artists, students, and language lovers come together — usually in person, in a room, at a community center, at a festival, up a mountain or on a Brooklyn street corner… But …

Varieties of what became Judeo-Spanish (now widely known as Ladino) were once spoken by Sephardim, the Jews of Spain — approximately 100,000-175,000 of whom were expelled from Spain in 1492. While some went to Portugal and others to Morocco, the vast majority went …

A New Residency on Governors Island

For the next few months, the Endangered Language Alliance will be hosting a small residency program on Governors Island, the exciting new arts and culture hub in the middle of New York Harbor, giving space to linguists, language activists, and other …

ELA is still working remotely and has suspended all in-person events, including language classes, for the time being — but see below for past and upcoming events. July 12: ELA researcher Nawang Gurung at the Columbia’s Weatherhead Institute on “Tibetan and Himalayan Communities in a …